EPA 2020 – Managing the negative symptoms of schizophrenia is the subject of a new book published by Oxford University Press that was highlighted during one of the Product Theatre sessions at the virtual 28th European Congress of Psychiatry. Editor, and one of the expert authors of the book, István Bitter, Professor of Psychiatry at Semmelweis University in Budapest, Hungary, outlined why negative symptoms were important and how the book could help those treating patients with schizophrenia understand how best to identify negative symptoms and treat them. 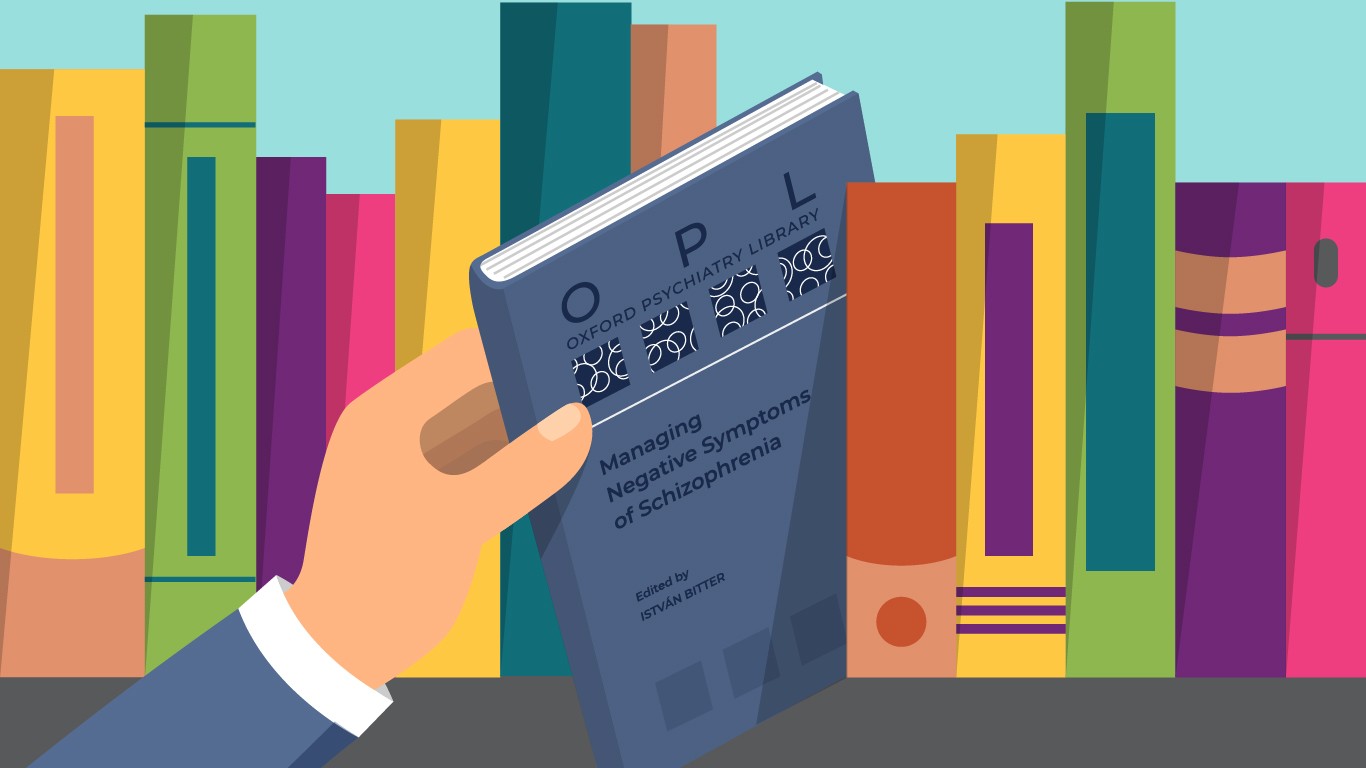 Managing Negative Symptoms of Schizophrenia is the subject of a new book published by Oxford University Press.

Over the years negative symptomatology has been increasingly studied and, as a result, there was enough information and expert opinion available to start thinking about producing a practical guide on their management and work on the book began1.

There are at least five negative symptoms that all begin with the letter ‘A’ Prof. Bitter observed during his presentation during the Virtual Congress. These are affective flattening or blunting, alogia, asociality, anhedonia and avolition.1 They are described in detail by Prof. Bitter in the first of the book’s six chapters, each of which authored by one or more expert authors.

The second chapter, authored by Frauke Schultze-Lutter from the Heinrich-Heine University in Dusseldorf, Germany, looks at basic symptoms in deficit states and their relation to negative symptoms. Basic symptoms are a very interesting part of research into the psychopathology of schizophrenia, Prof. Bitter observed, having originally been described in the 60s by the German researcher Gerd Huber.Basic symptoms are defined as subtle, subjectively experienced disturbances in mental processes, including thinking, speech, attention, perception, drive, stress tolerance and affect and can be characterized by reduced energy, vitality, persistence, patience, drive or initiative1. Prof. Bitter added that a number of papers now suggested that the basic symptoms are the most immediate psychopathological expression of neurobiological abnormalities. This means that their detection could be very important for early intervention, Prof. Bitter said, because they might appear actually earlier than the first positive symptomatology.

Patient views on their own negative symptomatology and self- evaluation scales are an important consideration and covered by the fourth chapter of the book, which is jointly authored by Sonia Dollfus and Anais Vandevelde of the University Hospital Caen Normandy in France. Prof. Dollfus and Prof. Vandevelde appraise the use of a number of different scales including the Motivation and Pleasure Scale–Self Report (MAP-SR) and the Self-Evaluation of Negative Symptoms (SNS). These are two fairly recent scales that have supplanted old scales and were designed and validated by researchers in groups of patients with schizophrenia.1

There are of course many other self-evaluation scales that can be used even though they were not specifically developed for patients with schizophrenia. These include those measuring anhedonia – the Social Anhedonia Scale (SAS) and the Physical Anhedonia Scale (PAS) – and those measuring apathy the Self-report Apathy Evaluation Scale (S-AES). Other scales described in the chapter are the Temporal Experience of Pleasure Scale (TEPS) and the Anticipatory and Consummatory Interpersonal Pleasure Scale (ACIPS). 1

The next two chapters are practically-focussed and outline how to manage negative symptoms: one on pharmacological approaches co-authored by Prof. Bitter and Pál Czobor, a colleague at Semmelweis University, and the other on the psychosocial interventions, authored by Mark Savill of the University of California San Francisco in the United States.

In their chapter, Prof. Bitter and Prof. Czobor take a detailed look at the different medication classes that have been tested against negative symptoms in schizophrenia. Other than for antipsychotics and antidepressants they found no reliable support that would substantiate evidence-based recommendations for using many agents in the treatment of negative symptoms in clinical practice. Prof Bitter pointed out that there is evidence for one antipsychotic namely cariprazine which has proven to be effective in persistent, predominant negative symptoms of schizophrenia.2 He further explained the methodological problems with drug trials, being that per requirement of the European Medicinal Agency guideline, most trials focused on the prominence or predominance of negative symptoms while the persistence of symptoms is more important1.

The book’s final chapter focuses on a number of promising psychosocial treatments, but again there are very few studies focusing on primary persistent negative symptoms, Prof. Bitter observed. Many studies have lumped together all the negative symptoms, which might be not persistent or primary, but secondary or temporary and their changes have not been addressed in most of the studies. That said, there is evidence from meta-analyses to support the use of certain psychosocial interventions, such as social skills training, music therapy, non-invasive brain stimulation, mindfulness, and exercise-based interventions, over continuing treatment as usual.1

As the book is meant to be a very practical book there is an appendix providing details of four scales that have been developed to objectively capture negative symptoms. These are the Scale for the Assessment of Negative Symptoms (SANS), the Negative Symptom Assessment 16 (NSA-16) Rating Scale, the NSA-4, and the Brief Negative Symptom Scale (BNSS), Prof. Bitter explained.

Managing Symptoms of Schizophrenia is Part of the Oxford Psychiatry Library Series. You can learn more about the book via the Global Oxford University Website

Keep up to date on schizophrenia and Reagila with our newsletter.

Subscribe to the schizophrenialife.se newsletter to receive news about new site content, schizophrenia and Reagila. You will have the right to unsubscribe at any time.